Originally posted on the Times of Israel BY RAPHAEL AHREN AND ALEXANDER FULBRIGHT  on May 2, 2017

The United Nation’s cultural body on Tuesday passed the latest in a series of resolutions that denies Israeli claims to Jerusalem, in a move both forcefully condemned by Israel and touted as a diplomatic feat due to the growing number of countries that opposed it.

Submitted to UNESCO’s Executive Board by Algeria, Egypt, Lebanon, Morocco, Oman, Qatar and Sudan, the resolution on “Occupied Palestine,” which indicates that Israel has no legal or historical rights anywhere in Jerusalem, was expected to pass, given the automatic anti-Israel majority in the 58-member body.

The vote, which coincided with Israel’s Independence Day, passed with 22 countries in favor, 23 abstentions, 10 opposed, and the representatives of three countries absent.

The 10 countries that voted against the resolution were the US, UK, Italy, the Netherlands, Lithuania, Greece, Paraguay, Ukraine, Togo, and Germany.

Its wording was slightly less harsh on Jerusalem than previous resolutions, in that it does affirm the importance of the city to the “three monotheistic religions.”

In the moments after the vote passed, Israel’s ambassador to UNESCO, Carmel Shama-Hacohen, draped in a large Israeli flag, addressed the meeting.

“Even now, after this miserable vote, this blue and white flag is flying high above the Temple Mount and throughout Israel’s eternal capital city, Jerusalem, waving in the wind, saying to all ‘here we are, and we are here to stay,’” Shama-Hacohen said.

“This biased and blatantly deceitful decision, and the attempts to dispute the connection between Israel and Jerusalem, will not change the simple fact that this city is the historic and eternal capital of the Jewish people,” Danon said in a statement. “Israel will not stand silently by in the face of this shameful resolution.”

In the lead up to Tuesday’s vote, Israeli diplomats were busy trying to prevent an European-Arab agreement that would see the council’s European members either vote in favor or abstain in exchange for a slightly softer text.

Prime Minister Benjamin Netanyahu was said to have made phone calls to European leaders in a bid to convince them to reject the resolution.

Speaking at the Bible Quiz held annually on Independence Day, Netanyahu said that despite the text of the resolution, Judaism has deeper roots in Jerusalem that any other religion.

“There is no other people in the world for whom Jerusalem is as holy and important as for the Jewish people, even though a meeting will take place at UNESCO today that will try to deny this historical truth,” he said.

“We denounce UNESCO and uphold our truth, which is the truth,” that “throughout Jewish history Jerusalem was the heart of the nation.” 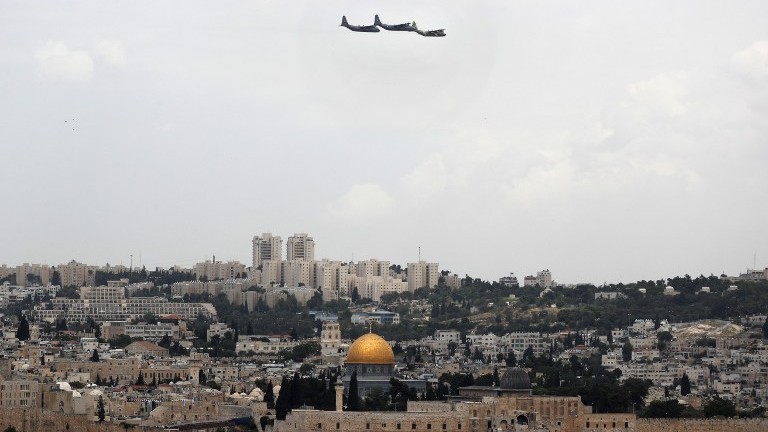 According to Israeli officials, Germany was a driving force behind a deal that would see all EU states abstain in exchange for the removal of the most incendiary anti-Israel passages. But on Monday, Italy announced that it would vote against the resolution, apparently ending the effort to forge a European consensus.

Jerusalem prefers to see Western countries vote against a harsher resolution, even if it passes, than a consensus in support of a milder text.

Tuesday’s resolution, unlike previous resolutions, does not refer to the Temple Mount only as Haram al-Sharif, or to the Western Wall Plaza only as al-Burak plaza, the respective sites’ Muslim names. In fact, these sites are not mentioned at all.

Furthermore, Resolution 201 EX/PX/DR.30.1 affirms “the importance of the Old City of Jerusalem and its Walls for the three monotheistic religions.” It also notes that the Cave of the Patriarchs in Hebron and Rachel’s Tomb near Bethlehem, both of which are in the West Bank, “are of religious significance for Judaism, Christianity and Islam” — though it calls them “Palestinian sites.” 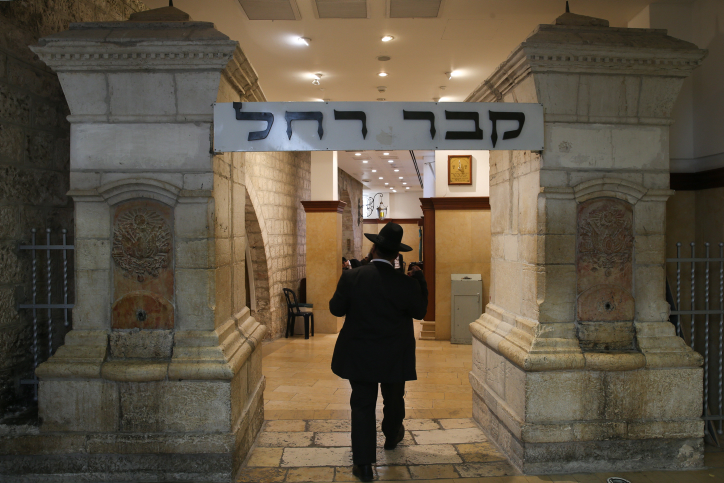 The entrance to Rachel’s Tomb, near the West Bank town of Bethlehem (Photo credit: Nati Shohat/Flash90)

However, the current draft of the resolution still contains many red flags for Israel. For instance, Israel is referred to throughout the document as the “occupying power,” indicating that it has no legal or historical ties to any part of Jerusalem.